Plant a tree in memory of Gerald
An environmentally-friendly option 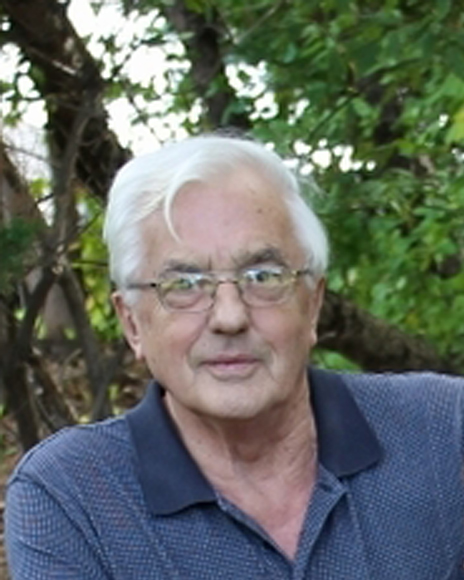 Gerald Halayka, late of Prince Albert, SK, passed away at Pineview Terrace on April 4, 2021.  Gerald will be lovingly remembered by his wife of 47 years, Gladys (nee Barkway); his daughter, Lisa (Trent) Hargrave and their son, Elias; his brothers, Donald (Shirley), Peter and Douglas (Judy); as well as numerous other relatives and friends.  He was predeceased by his parents, Peter and Catherine (nee Marchiski); his in-laws, Reginald and Lily Barkway; his sisters-in-law, Lori Halayka and Betty Jones; his brothers-in-law, Allan Dewan and Delbert Jones.

Gerald was born in Portage La Prairie in 1942 and completed his formal education in Prince Albert.  From 1963 to 1966, Gerald was stationed in Germany with the Princess Patricia Canadian Light Infantry as a Sharpshooting Specialist.  He was present for the first raising of the Canadian Maple Leaf flag at Vimy Ridge in 1965.  It was during his time in Germany that he learned to skydive and became a member of the parachuting club.  Gerald began learning to fly in 1969, gaining his pilot’s license in 1970.  Upon returning to Canada, he began his career as a Steam Engineer at pulp mills in Northern Manitoba and Prince Albert and at the Penitentiary, where he would work until his retirement in 1998.  Gerald enjoyed spending time at the rifle range as well as hunting, camping and fishing, especially at Nemeiben Lake where he and Gladys would fish together for trout.

A Private Graveside Service will be held at Prince Albert Memorial Gardens on Friday, April 9, 2021, officiated by Father Maurice Fiolleau.  In lieu of other tributes, donations in memory of Gerald may be directed to Pineview Terrace, 1200A 24th Street West, Prince Albert, SK, S6V 4N9.

Plant a tree in memory of Gerald by clicking here.
To send flowers to Gerald's family, please visit our floral store.

Plant a tree in memory of Gerald
An environmentally-friendly option

Plant a tree in memory of Gerald

4 trees planted in memory of Gerald

Dear Lisa
Thinking of you at this time of loss of your dad . May he Rest In Peace .

Gladys, Lisa, Trent & Elias,; thinking of all of you at this sad time. Keep all your wonderful memories close to your heart to help you in the days ahead. Sending our condolences & love to you.
Shirley & Lester Barnes (Hargrave)

Please accept my condolences of the loss of Gerald he was a special kind of guy so please find peace in his memories. The trout will be safe in Nemieben Lake Gladys.

Plant a tree in memory of Gerald